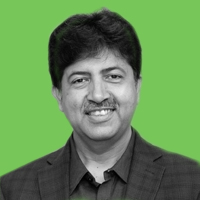 Pratik Kumar is a member of Wipro’s senior leadership team, closely associated with Wipro’s growth over the years. He has played a significant role in shaping Wipro into a leading global player over his more than two and a half decades association with the company.

Pratik assumed leadership of Wipro Infrastructure Engineering (WIN) as its CEO in July of 2010. In the last few years, WIN has taken rapid strides in establishing its footprint in emerging as well as other growth markets. WIN, under his leadership, has also focused its efforts in scaling up its nascent business in Aerospace, Additive Manufacturing, and Water which are strong platforms for WIN’s growth in the future.

Pratik spent his initial years in the IT business before taking over the mantle of HR leadership of the Corporation in 2002. Under Pratik’s leadership, Wipro was recognized as the first company in the world to be assessed at PCMM Level 5, the highest maturity level on the SEI framework of Carnegie Mellon University.

Pratik is a Post Graduate in Management from XLRI, Jamshedpur. 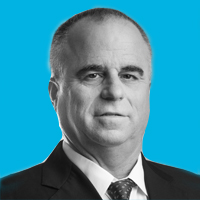 Wipro Infrastructure acquired Givon in 2016, and Ronen Givon is the CEO of this entity. He is the youngest son of Ruth and Haim Givon who founded the company more than 40 years ago. He practically grew up on the production floor and officially joined the company in the early 90s and has been the CEO since 2006. Together with his father, Ronen grew the company to be Israel&rsquo’s Number 1 metallic airframe manufacturer and a leading supplier to the global aerospace Industry.

Along with his role as CEO of Wipro Givon Ronen also serves as the Chairman of its subsidiary in Seattle, WA, USA. Ronen holds a BSc degree in Computer Science from the Technion Israel Institute of Technology. 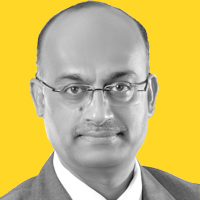 Srinivas is an engineering graduate and has over three decades of experience in Aerospace, Automotive and Consumer Electronics sectors in Engineering, Business Development, Operations Management and Product line transitions.

To know more about leadership at Wipro Enterprise click here